We are actively organizing them and together with our clients we are connecting companies or employees across the world.

Our colleagues from AV MEDIA SYSTEMS had been prepping up the conference since the summer with the theme "Back to the Future." Everything was being prepared for personal participation, whether the personal gatherings or a team game. Interior and exterior locations were booked, and the event was clearly outlined. Live or hybrid event? But then autumn came. The pandemic in the Czech Republic got worst. At that moment, it was becoming clear that the conference would not take place to the planned extent. Especially not with 200 employees meeting in one place. Consequently, our colleagues approached us with the idea of a hybrid conference concept. Within one month, we managed to put together a new "Journey to the Moon" theme and selected suitable locations. We wanted to involve all employees in this new game plan. These were going to be divided into groups of 10 people in 16 various locations. In January, when the state of emergency in our country was being prolonged. The pandemic situation remained the same. By then, it was evident that the hybrid event would not take place either. At the time, there were two choices. Either cancel this year's employee conference or transfer to the online environment. That meant to come up with a brand-new concept within 14 days. The complete online solution formed until the very last moment and was broadcasted via the platform Meeting 15 from the oneAVstudio. The technical team, presenters and guests met after antigen testing and produced a spectacular performance. During the program, several questions popped up on the screen, and all employees were greatly involved. Presenters were able to respond promptly to the results and provide generous feedback. A traditional group photoshoot took place at the end of this remarkable show. For the first time, there was no squash and squeeze or placement disorder. MS teams arranged our colleagues accurately and well visible with ease.
See more 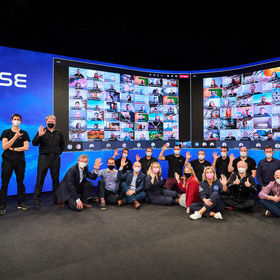 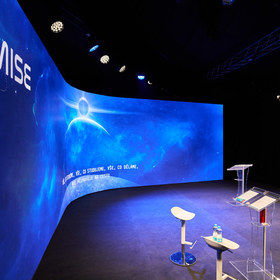 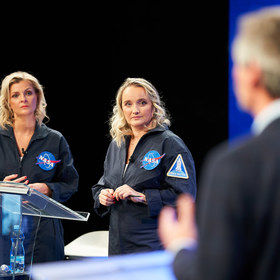 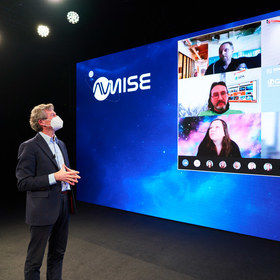