We are actively organizing them and together with our clients we are connecting companies or employees across the world.

For virtual events, it is becoming common practice to create pre-recorded videos. Parts of the performances, lectures or commentary are pre-recorded before the event and are released during the live broadcast. This preparation method has many advantages - for example, performers can rehearse their performance several times without disrupting the live broadcast. Outputs can also be post-produced or variously edited as needed. Unfortunately, it was not possible to travel to Slovakia when creating the pre-recorded footage. Therefore, the partner studio Hurricane in Bratislava helped us with one-third of the recordings. The other two-thirds were made in our oneAVstudio at Harfa in Prague. We had also cooperated with the client on the script and concept of the whole event. Our director took care of the post-production and live broadcast in oneAVstudio.
See more 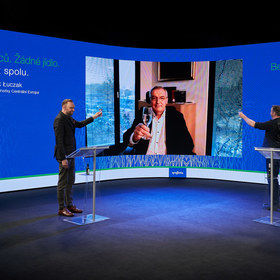 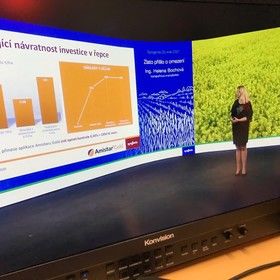 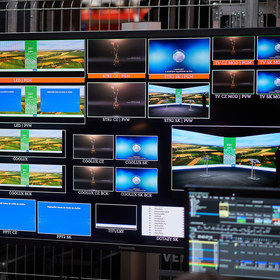